HomeGarlic in Argentina Argentina: area sown with garlic increases by 50% in San Juan

Argentina: area sown with garlic increases by 50% in San Juan 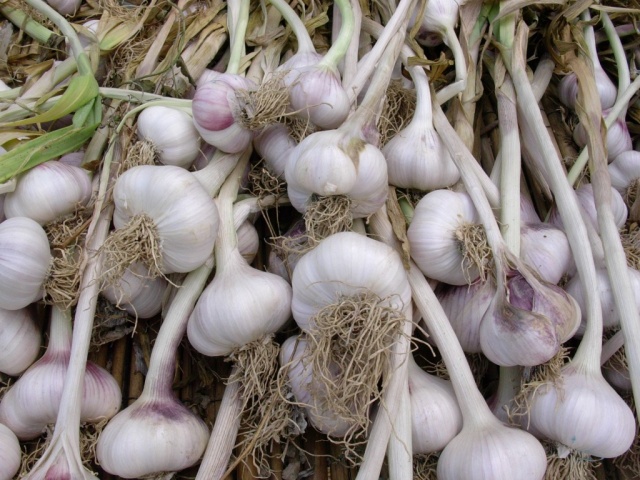 After a couple of years where this vegetable knew years of splendor, it bottomed out, making the sowing of garlic news again in the province for the second consecutive season.
This year San Juan farmers planted more than 1,500 hectares of garlic, that is, 50% more than last year, the largest area dedicated to this vegetable for at least 6 years. That number of hectares coincided in all sources consulted, from the Secretary of Agriculture, Ariel Lucero, to the owner of the Chamber of Ajeros, Alfredo Figueroa, as well as other local producers. These 500 additional hectares were added in the departments Pocito – the leading region for ​​this vegetable – but also mainly in Caucete, 25 de Mayo and Angaco. In Rawson, it was less because during the bad times of low competitiveness, the small producers leave their farms and these were separated into lots and neighborhoods, leaving few farms behind.
Evolution
In 2007 there were 2,800 ha of exportable garlic in San Juan, which began to decline from 2008. The producers stopped exporting because they could not assume the high costs of planting with an adverse currency exchange parity, so between 2008 and 2015 the cultivated area fell by 71.4%. In 2014 and 2015, 800 ha were sown each year, and 1,000 ha in 2016.
A different situation is seen Calingasta, another hallmark of excellent quality garlic, which in general did not see an increase in production this year. The department’s Industry director and producer, Marisol Sánchez, said that this year they have planted 196 hectares compared to 210 last year. “Most of the producers planted more but this year there are two big ones that retired and did not plant anything,” he explained.
He said they were discouraged not because garlic is not good business, but because in that Andean department everything is more expensive: freight, fertilizers and agrochemicals. He added that the price of garlic rose for the producer – before they got $15 per kilo and last year it went up to an average of $22 – but enthusiasm held back expectations of a sowing increase before a kilo of seeds increased up to $40. In the Tulum Valley it costs less, but producer Juan Marrelli agreed that, due to rising seed prices, it had not been planted until it became clear that the country’s macroeconomic conditions were blowing in favor of this vegetable.
When Macri took over he implemented measures of exchange rate parity and eliminated obstacles to exports, such as the elimination of retentions, which allowed this crop to begin to recover. “It is now being sown more because there is faith that it will be possible to export and work better,” said Marrelli. However, he said that in order for the garlic to return to its glory days (of 2,800 ha in 2008), a labor reform is needed to reduce the taxes that the producer pays to the State for each worker who is contracted.
Figueroa adds that official aid is also needed to lower freight costs to ports, in order to have more competitive prices in international markets. Of the 1500 ha planted, 10% will be saved for seed, between 25 to 30% will be cold ‘treated’ garlic for domestic market consumption, and the remaining 70 to 75% will be exported. White garlic will travel to Europe and the United States, and a variety of Chinese garlic will ship to Brazil.
Juan Manrique, who owns a packing shed in Pocito, said that the outlook is ‘never known’, although he hoped that the Brazilian market will buy more as its economy stabilizes. Figueroa and Marrelli said they are expecting a ‘good’ year like last season, but warned that this season China looms with a higher hectare count than last year.