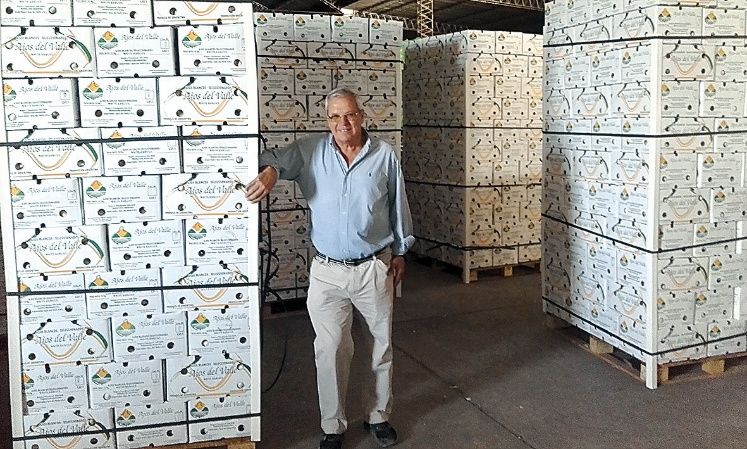 External sales of garlic are not moving at the pace that was expected at the beginning of the current campaign.

“This campaign is commercially weaker than the previous one,” said for the Internet publisher Diario de Cuyo Juan Marrelli, during his visit to his packing house.

According to Marrelli and other garlic growers, this campaign is very good in terms of health and quality of culture. The weather was favorable, and garlic in most areas of San Juan revealed no disease of garlic. The caliber is very good, and as in the case of the Juan’s harvest, more than 30% of the garlic bulbs are 7 caliber.

However, according to data provided by the Chamber of Commerce and Industry, with these figures San Juan is very far from 3,200 hectares, laid in 2011-2012, and $ 8.5 million in foreign currency, obtained by exporting about 4 million kilograms of this noble bulb. The San Juan planted 80% of its cultivated surface white garlic, the rest pink and tiny part of “Colorado.”

“In 2011 we had about 16 warehouses for export, today around 6 warehouses. A significant external selling is observed from the three warehouses. In the department Calingasta there was only one warehouse and almost 200 hectares of the 500 historically set”.

“Our regional economy is complicated by the lack of competitiveness, we need a differentiated exchange rate, increase in compensation and more favorable trade agreements in the markets,” he adds.

“Finally, this year China entered the international market with large volume and with very low prices. Spain also has great offers. So buyers are waiting for even more deals. Nevertheless, importers are  interested in fresh garlic of San Juan because of its high quality, which is necessary for more demanding markets.”

“Europe is interested in our market, for example, in my case 70% of external ales come to France and other neighboring countries, and the rest – to the USA, and both require high-quality product”.

The President of the San Juan’s Chamber of Producers, Packers and Exporters of Garlic Alfredo Figueroa noted “the complexity of the issue is the cost of the expenses. We developed the campaign because taking into account the costs of harvesting, fuel and electricity. However, the exchange rate is not adjusted for inflation.”

In conclusion, he added that the very favorable moment is that the provincial government allowed to finance the lines for harvesting, differentiating the national macroeconomic policy from the provincial one.