HomeGarlic in Brazil Brazil is progressing in the production of garlic, reaching a yield of 20,200 tons

Brazil is progressing in the production of garlic, reaching a yield of 20,200 tons 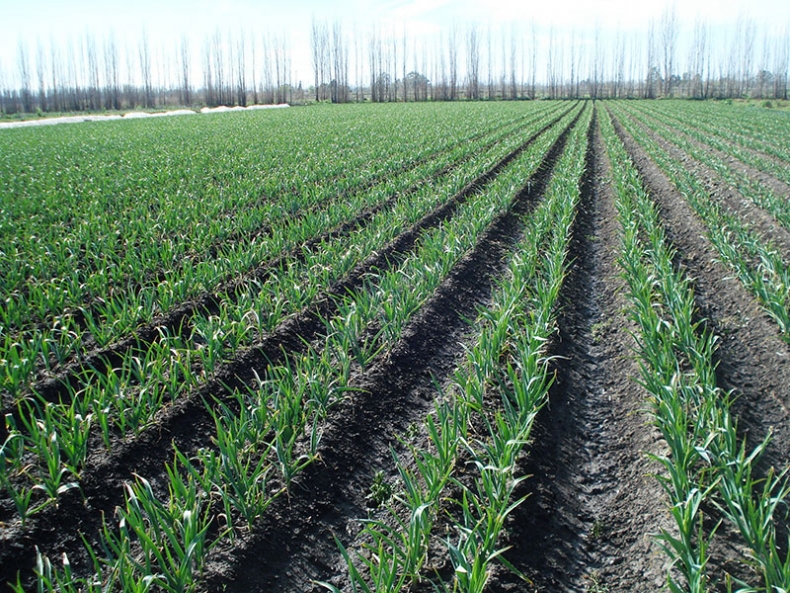 Garlic producers of the state of Santa Catarina collect an average of 10 tons of garlic harvest per hectare in 2016 and 2017. At the same time, the performance of garlic increased by 63.2% despite the reduction in acreage this year.

According to the Center of Socio-economic and Agricultural planning (Cepa/Epagri) farmers have harvested about 20 of 200 tons of garlic in 2016 – 2017. While the next season is expected to increase harvest.

This year the sown area was reduced by 10.4% and is 1,952 ha. The decrease in the acreage has not had any impact on the production of garlic. The harvest was impressive and increased by 82.3%  compared to 2015 – 2016. This is the result of the introduction of new technologies, varieties and crop production.

The next harvest is expected to be much greater because of increase in production areas. A good production will lead to the fact that farmers will continue to invest in this crop. The Cepa/Epagri predicts the production of 25 thousand tons of garlic from 2.415 acres in 2017 – 2018.

The Secretary of state for Agriculture and Fisheries, Moacir Sopelsa emphasizes good productivity of agriculture in this season. “We had an extraordinary crop of various products, such as soy, garlic, onion and rice. This is a distinctive feature of Santa Catarina, a small state, with farmers who are always in search of technologies to increase the quantity and quality of its production. This is the secret of our agro-industrial complex.”

The main production regions of garlic in the state of Santa Catarina are the municipalities Curitibanos and Joacaba, with a production of 15,000 tons and 5000 tons respectively (2015/16 season).

According to estimates Cepa/Epagri production will increase by 27% in Curitibanos and 4% in Joacabain 2017-2018. Reaching 19.1 thousand tons and 5.9 tons, respectively.