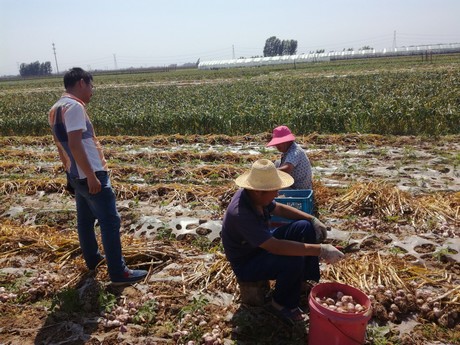 According to a study conducted by the Chinese agricultural company Jining Greenstream Fruit & Vegetables, in 2016 garlic production in all of China was about 284,650 hectares. In the same year they reached 333 333 hectares. Thus, the area under garlic increased by about 48,000 hectares.

The quality and size of garlic bulbs

As noted by Chinese farmers, the quality of garlic this year is quite high.

However, рroduction of garlic, the size of bulbs are 4.5 cm – lower than last year.

Export regions and volume of production

The main export markets, which account for 70% of the total production area in China and 90% of the exported garlic, are neighborhood provinces: 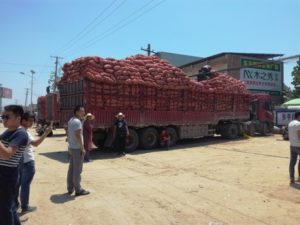 Because of the good weather, the production of garlic from the provinces of Henan, Jiangsu and surrounding areas grew by about 1.2 million tons compared to 2016 (an increase of 45%).

The area of production of white garlic has not changed.  However, the volume of production in 2017 increased by 20% compared to 2016.

Garlic from the provinces of Shandong and Jiangsu goes to the European and Latin American markets. While garlic from Henan satisfies the markets of the Middle East and Southeast Asia.

Harvesting in these areas is almost coming to an end and new garlic is already entering the markets. 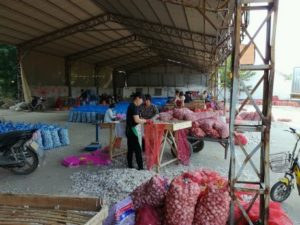 The growth in production space and volume in 2017 is obvious.

This creates a sufficient supply in the garlic market. This means that this year local speculators behave rationally in relation to garlic, which reduces speculation. It is assumed that the price of garlic will remain low.

Demands of the Chinese domestic market

In China, domestic requirements are increasing every year. Because of this, the domestic market can set a high price for garlic of good quality. This year, the active role is played by the expansion of domestic demand for garlic. And the demand in the domestic market plays a stabilizing role with respect to prices.

However, the growth in demand and anticipated large shipments this year, as a whole, will not have much influence on the future of the garlic market. Thus, the price of garlic is likely to continue to remain low in the future.