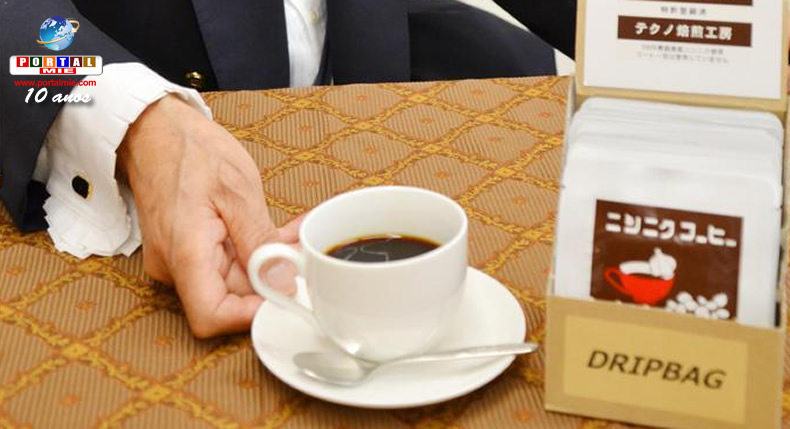 “The drink that was created by the kitchen error  is probably the first of its kind in the world,” says the inventor of the drink, the 74-year-old Yokimoto Shimotai, a former owner of a cafe in Aomori Prefecture (Aomori) Japan.

In his words “Garlic coffee” can be useful for pregnant women who love coffee, but refrain from caffeine. The drink looks and looks like coffee, but is completely made of garlic.

“My drink is probably the first of its kind in the world. It has no caffeine, so it’s good for moms and those people who love to drink coffee at night” continues Yokimoto Simatai.

Yokimoto began selling coffee in January. He said that the drink was accidentally created from a crash in the kitchen 30 years ago when he burned the garlic, at the same time showing the goods in his shop.

He mashed the burnt garlic with a spoon and mixed it with hot water. Tasting the mixture, he was surprised by his “taste of coffee” and bitterness.

Yakimoto Simatai began to study this after his retirement with a view to its promotion.

After the experiments, five years ago, Simatai found the best way to produce it and created “coffee” using grilled in an electric oven garlic. After cooling the garlic, it is mixed and filtered.

Simatai patented this method in 2015 and have opened point of sales in the neighboring province of Iwate.

According to him, while the drink has the aroma of fried garlic, it does not leave a strong smell, because natural ingredient is completely roasted on the grill.

Orders and information (in Japanese):