HomeGarlic in Czech Czech Republic. Deficit of garlic because of the drought, a slight increase in prices

Czech Republic. Deficit of garlic because of the drought, a slight increase in prices 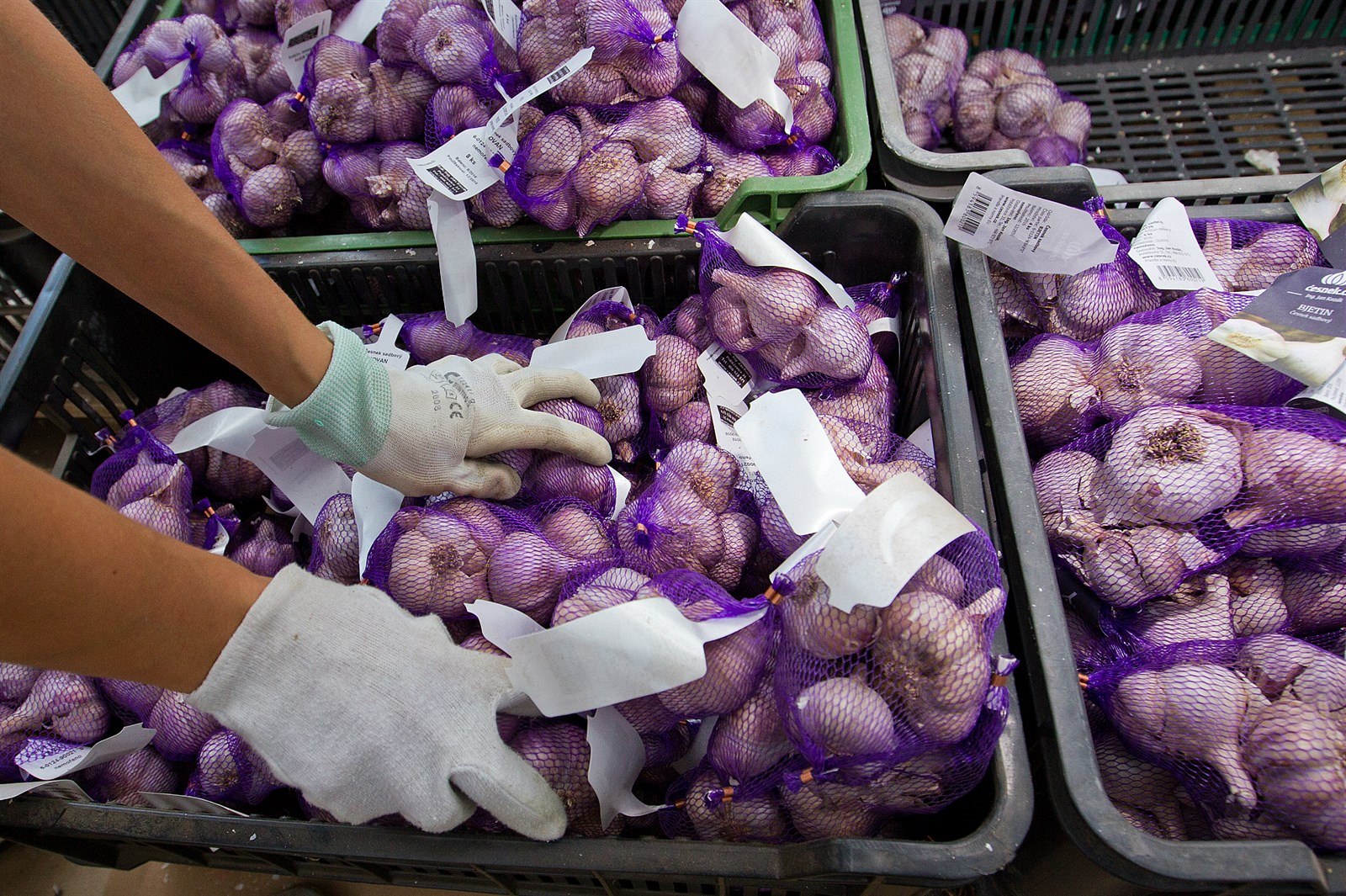 Local producers are concerned about the lack of Czech garlic this year. The biggest concern of the farmers from southern Moravia, where drought lost up to half the harvest. The Czech demand for garlic continues to grow. The price is slightly increased.

“This year, the harvest from one-third to one-half (depending on the variety) is less than last year. We harvested less than a few hundred kilograms of garlic, “says Tomáš Kratochvíl, a farmer from the municipality Dambořice, South Moravia.

The reason for a significant decline in yields compared to previous years is the drought.

Also tells the farmer Martin Penas (Martin Peňáz) from the nearby village of Bošovice, South Moravian region. “Because of the drought this year, almost half the garlic is harvested. Garlic is small and it is already sold out. We have to refuse new customers,” says Martin Penas. The farmers only recently (after several weeks of drying garlic) started supplying garlic to their customers.

However, not everywhere the situation with the Czech garlic is bad. At least, according to the Chairman of Vegetable Union of Bohemia and Moravia Jaroslav Zeman. “There are areas where garlic is more and where less. The problem of the harvest in particular in southern Moravia is due to total drought,” says Zeman. On a national scale, the garlic crop is harvested in about the same quantity as in recent years. 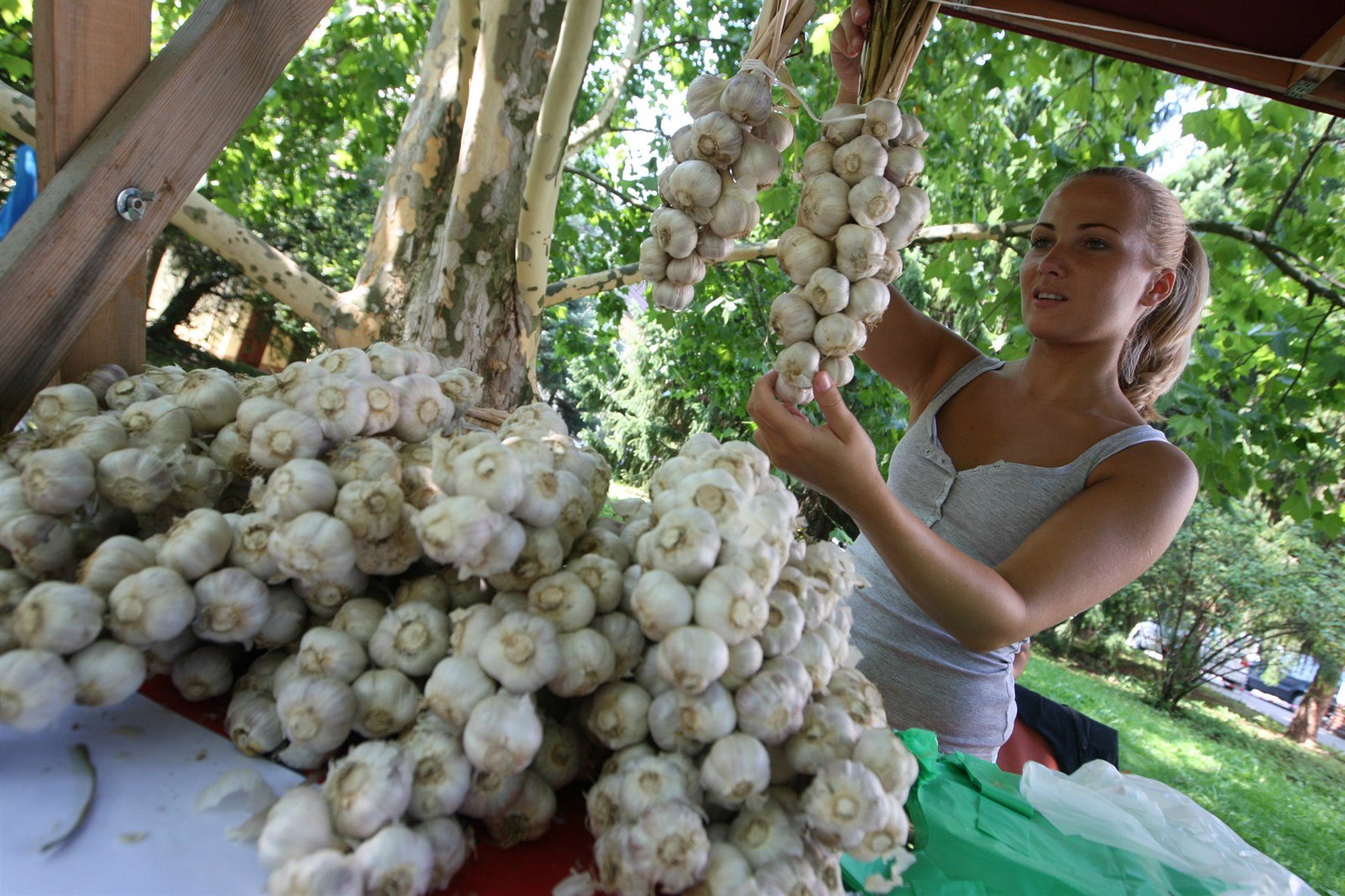 The farmer Alena Mihulková from the region Podkrkonoší is satisfied with the quality and quantity of her crop. According to her words the harvest this year is average. “Although the drought has caught us, but because we are practically in the mountains, we did not feel it to the same extent as in other countries,” explains Mihulková.

However, like her colleague from Bošovic, she also suspended the sale. Demand in the domestic market of garlic is indeed several times higher than its actual offer.

According to Jaroslav Zeman, the Czechs consume approximately 1.98 kg of garlic per person per year. This amount corresponds to less than a thousand hectares. “Czech garlic is grown on an area of 350 hectares. Our production covers about 35 to 40 % plus a certain percentage that will grow the citizens on their terraces,” says the Chairman of the Vegetable Union.

At least half of garlic Czech Republic imports from China, France and Spain. “Chinese garlic finds its customers. But, you see, that you can not buy such a cheap quality,” continues Zeman. The Asian product in comparison with the Czech garlic contains much less useful essential oils. Its taste is sharper and less.

“When I need to use the garlic, I take half clove of Czech garlic, while the Chinese I have to use the whole clove,” says Zeman. This is an example of how does the quality of garlic.

French and Spanish garlic, according to him, is comparable to the quality of Czech garlic. 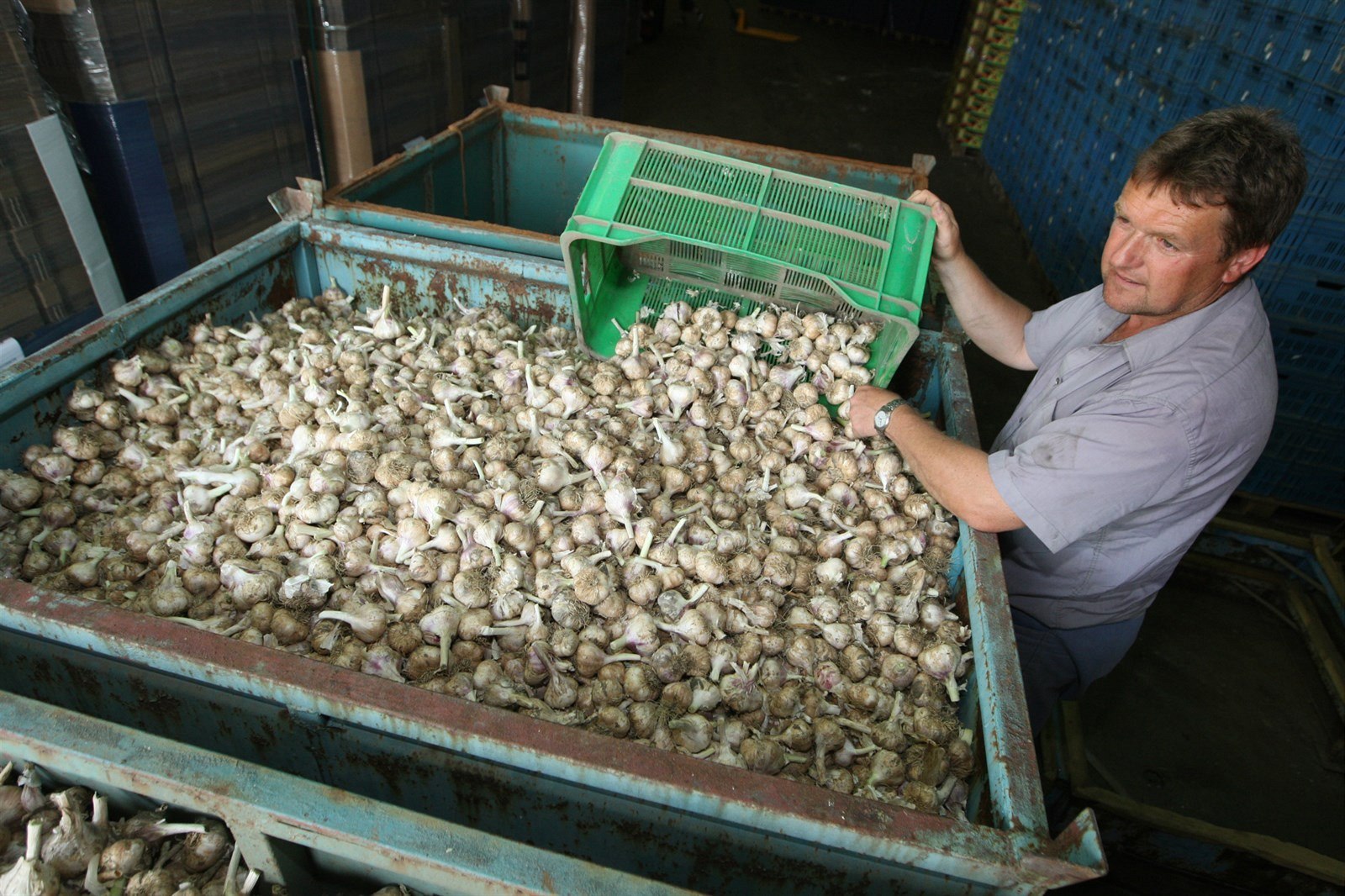 Rise in prices for a few dollars

Farmer Alain Mihalkova sells from 150 to 170 CZK per kilo “Prices increases because of the increase in the minimum wage,” explains Alain.

The production area of ​​Czech garlic is also gradually increasing, although not so fast. Farmers, especially from southern Moravia, have the hope that next year the harvest will be the same as in the past years.