HomeGarlic in Indonesia Indonesia. The ban of 43 garlic importers

Indonesia. The ban of 43 garlic importers 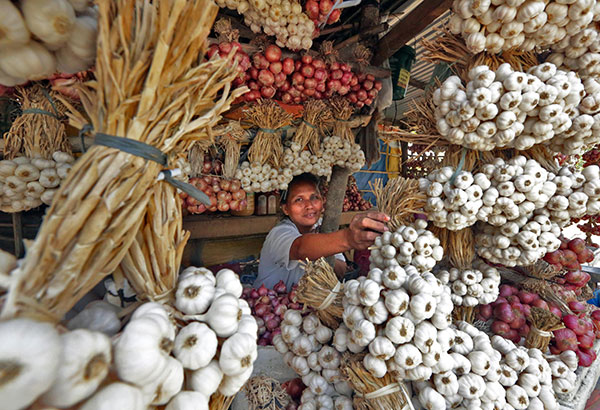 In connection with the rising prices for garlic in the local market, the Agriculture Secretary Emmanuel Piñol issued an administrative order banning prohibiting 43 importers from delivering garlic to the country.

According to Piñol these, suppliers were granted permits to import about 70 100 tons of garlic, which they were supposed to deliver to the country during the six months of 2017. But put only 19 252 tons.

Traders said earlier that they postponed the import of garlic because it remains expensive in the international market, especially in China.

“The manipulation of supply to increase the prices of garlic is a sign of the monopoly of such companies. This leads to a decrease of farmers’ income, and also weakens the economy,” continues Piñol.

Piñol also acknowledged that for many years the Department of Agriculture could not develop the garlic industry, which led to less local production and the growth of monopoly.

He also pointed out that the development of local production of garlic is necessary that the country was self-sufficient. So he expresses the need to increase domestic garlic production up to 50% of consumption in the next five years due to the expansion of approximately 20,000 hectares of farmland.

At present, about 7 469 tons of garlic, planted on 2,646 hectares throughout the country, are produced in the Philippines. And only 7% of the country’s total demand (130,000 tonnes) is supplied locally. Therefore, the Philippines is heavily dependent on the import of garlic.

At the same time, under the import ban, there are still 111 importers, which could supply the country’s annual consumption.

Meanwhile, Piñol said he would issue an administrative order according to which the issuance of import permits should be carried out only directly under the auspices of the Secretary of Agriculture.

As Piñol says, this time he will be very strict in the consideration of each applicant before receiving an import permit.