HomeDiseases of garlic Latent virus is the usual garlic

Latent virus is the usual garlic 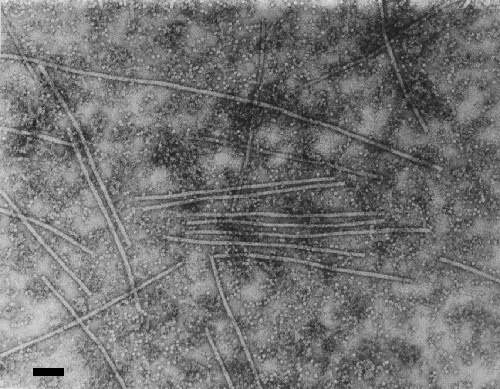 Latent virus is the usual garlic belongs to the genus Carlaviruses which plants are natural hosts.

Carlaviruses can cause serious harm garlic especially in conjunction with potyvirus

Other viruses of the genus Carlaviruses that affect garlic

The first report on the identification of this virus in garlic – 1993 The Netherlands, Van Dyke.

Scientists mention latent virus plain garlic as one of the most common viruses that affect the harvest garlic.

Here are some data on the spread of latent virus usual garlic:

From the name of the virus ‘latent’ implies that, as a rule this virus has no obvious symptoms.

In primary infection the formation of light mosaic on the leaves of garlic.

The virus is transmitted by aphids. Stiletto way. This method means that the insect which feeds on infected plant; the virus contaminates their mouthparts and immediately (within 0.5-2 minutes) is able to transmit the virus to other plants. But a few hours later the possibility of infection disappears.

Those aphids which migrates from the affected fields virus to a healthy contagious for several hours.

Given that garlic propagated only vegetatively infected plants transmit the virus to future generations. And given the fact that the virus is transmitted by insects, it could be assumed that after years of industrial cultivation of garlic, garlic all around the world will be infected by viruses.

However so far so happens. In some countries or regions GarCLV virus contamination is low enough.

The reasons are not yet clear. It is assumed that the value of having certain features and climatic conditions of life of insect vectors of virus in specific regions.

As the virus spreads plant

Once the virus enters the plant tissue it pops up first on the veins, then the leaf petioles and finally enters the stem. In principle, the virus can spread throughout the plant.

Transfer of the virus over long distances occurs in plant tissues (phloem, xylem).

The rate of spread of the virus is about 1 mm per day. It is believed that the virus after it enters the cell multiplies it first and then enters the next.

There are not chemical methods of combating industrial crops of garlic.

The information was prepared by Andrew Marchenko