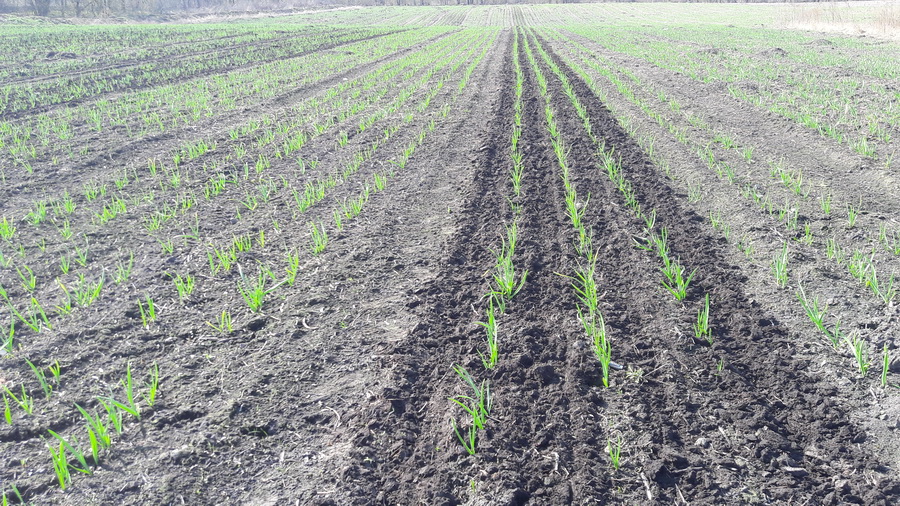 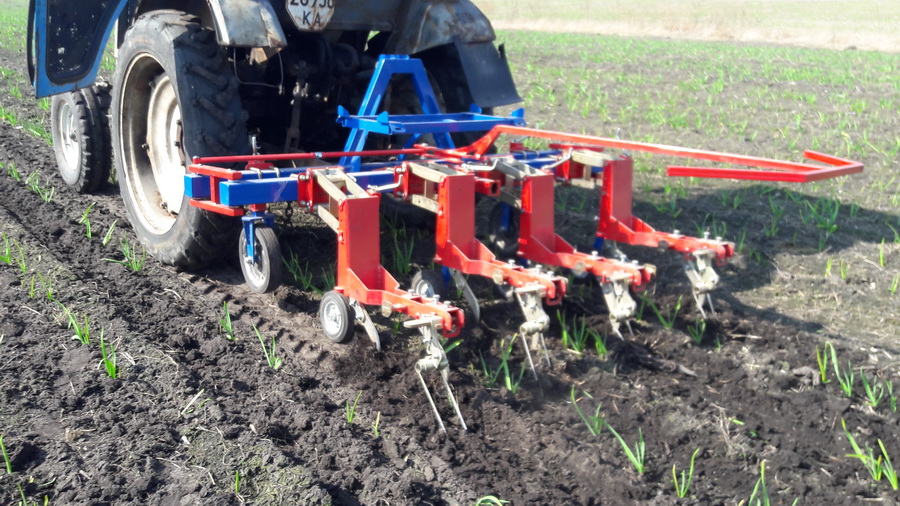 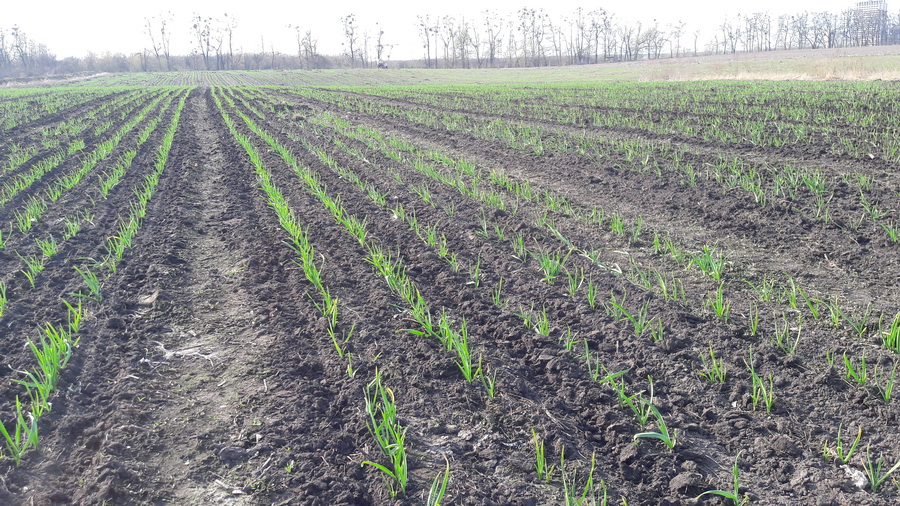 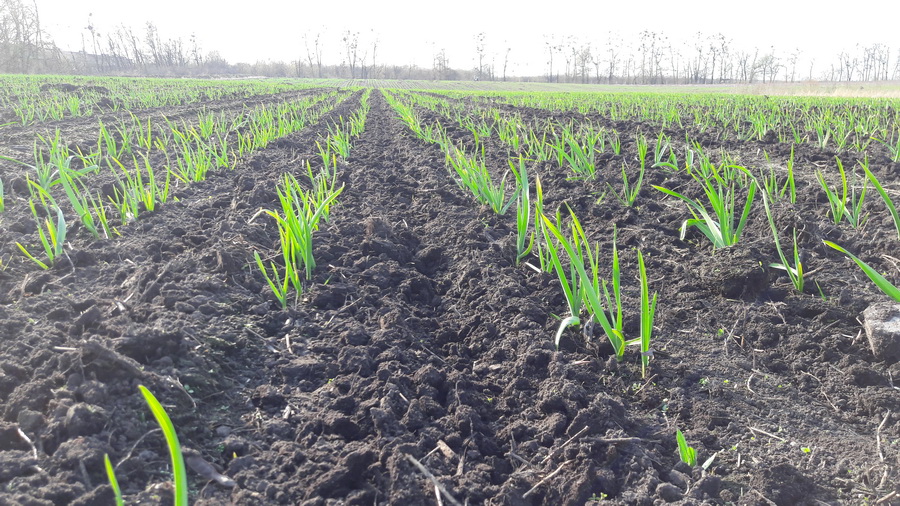 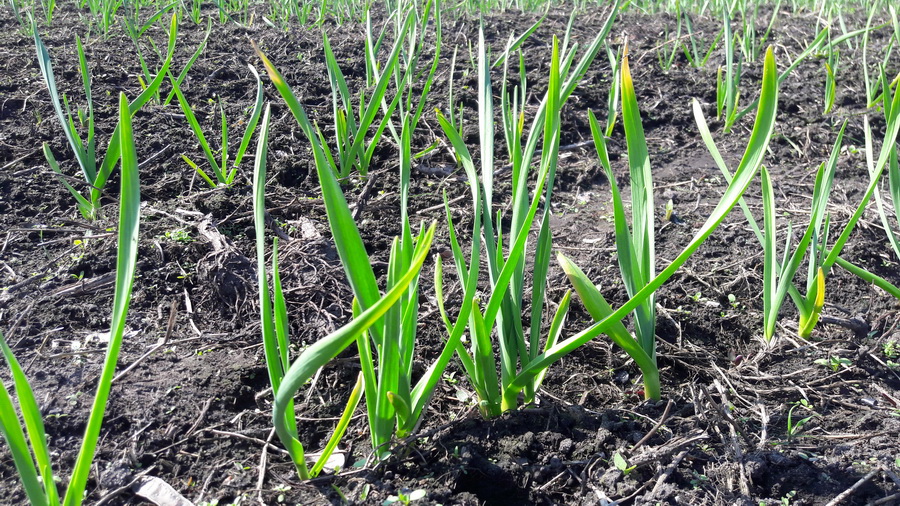 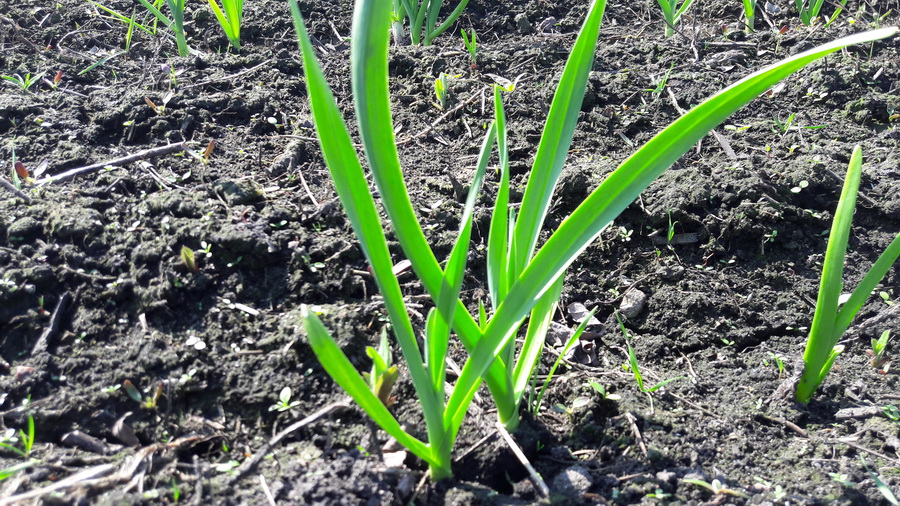 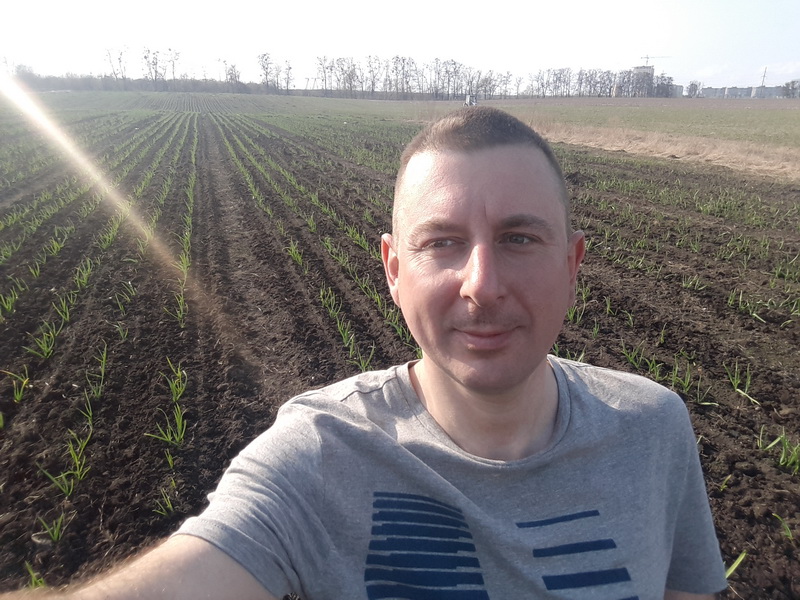 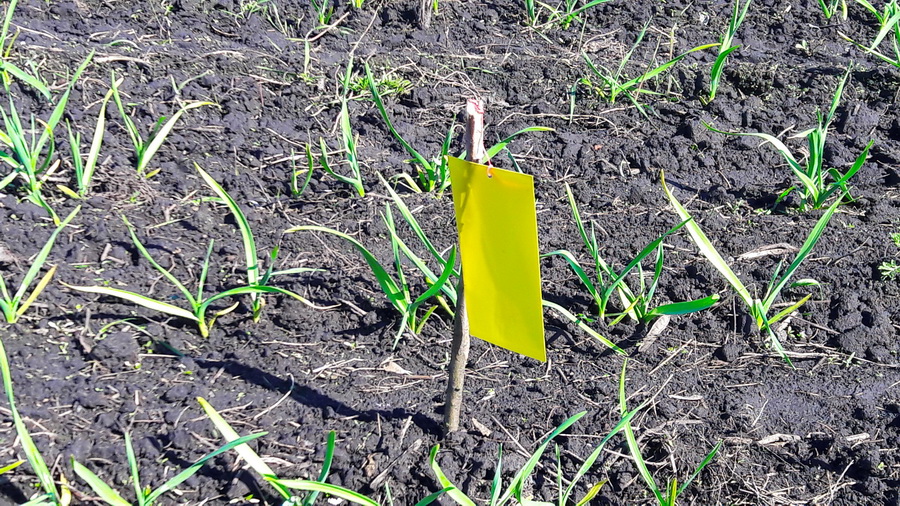 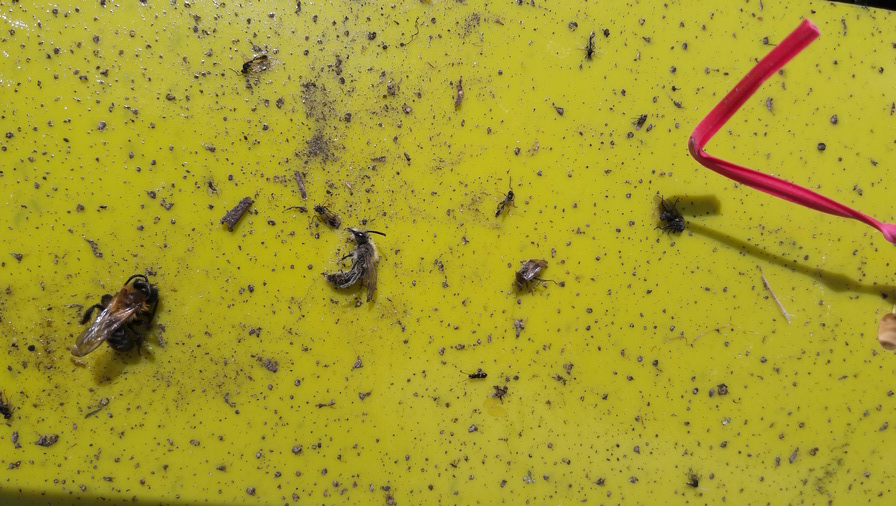 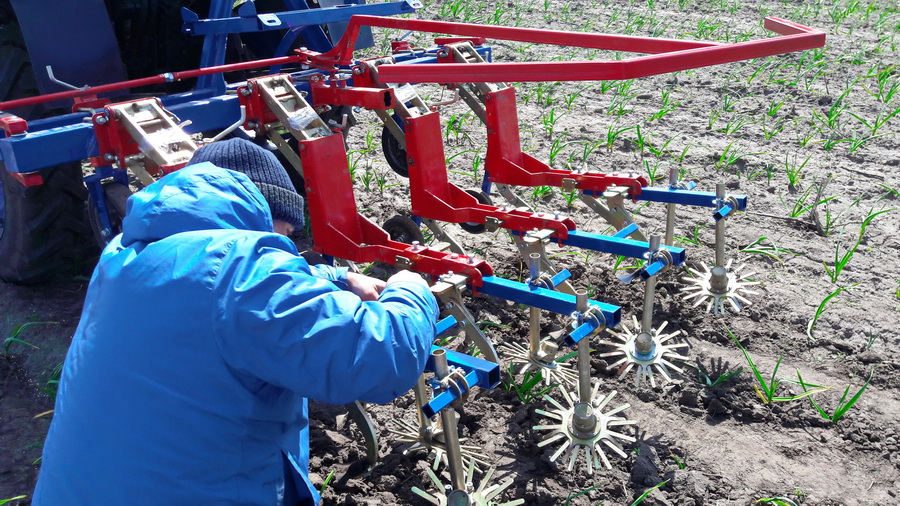 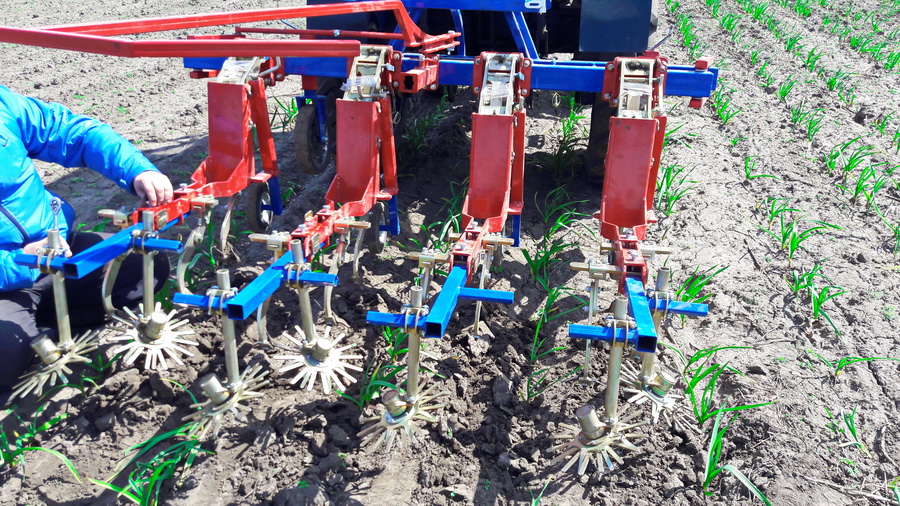 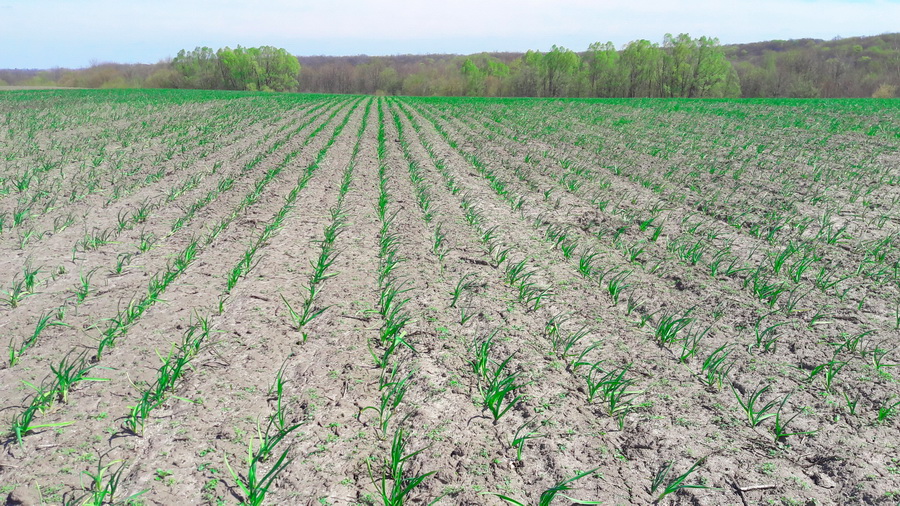 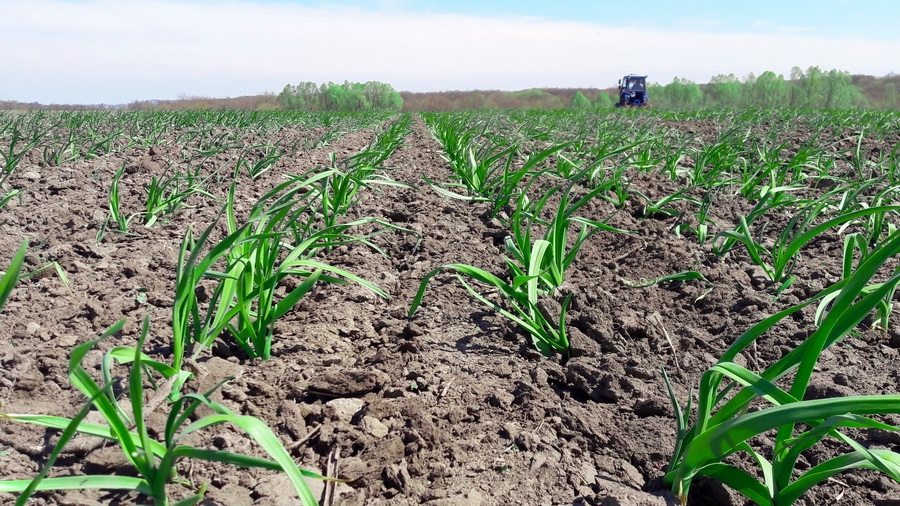 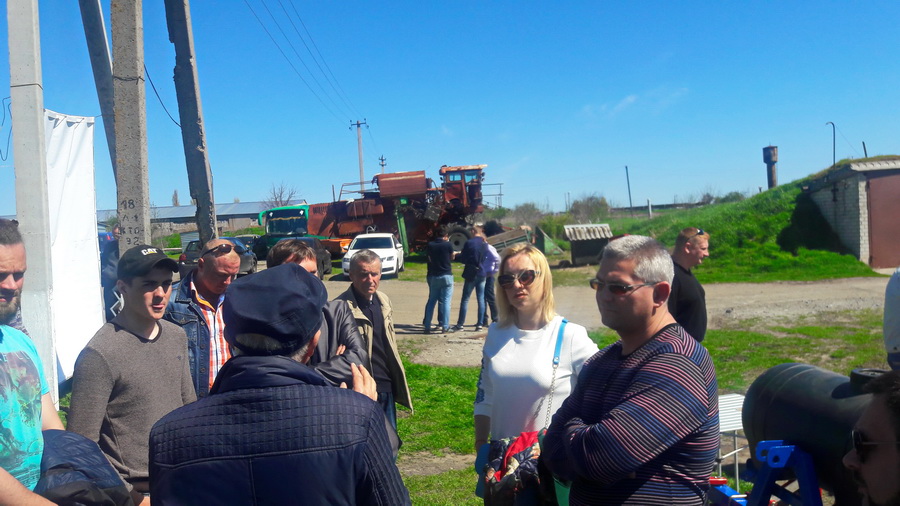 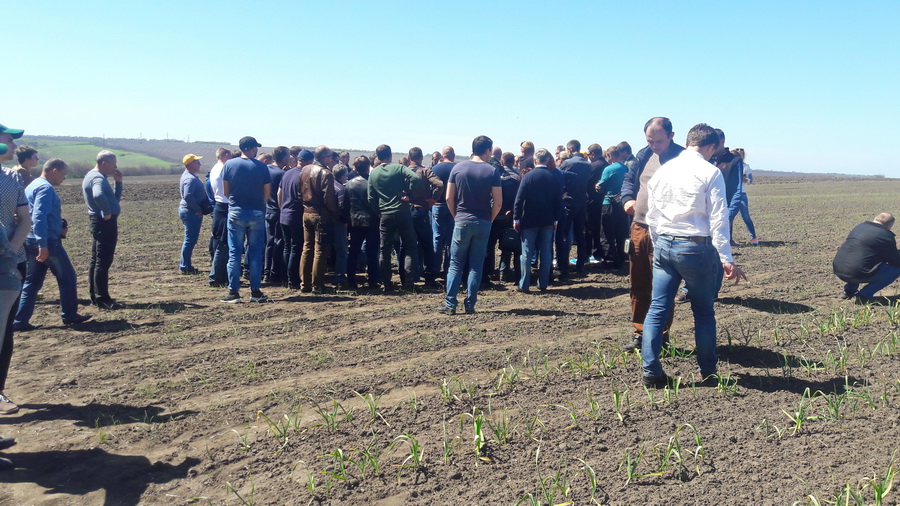 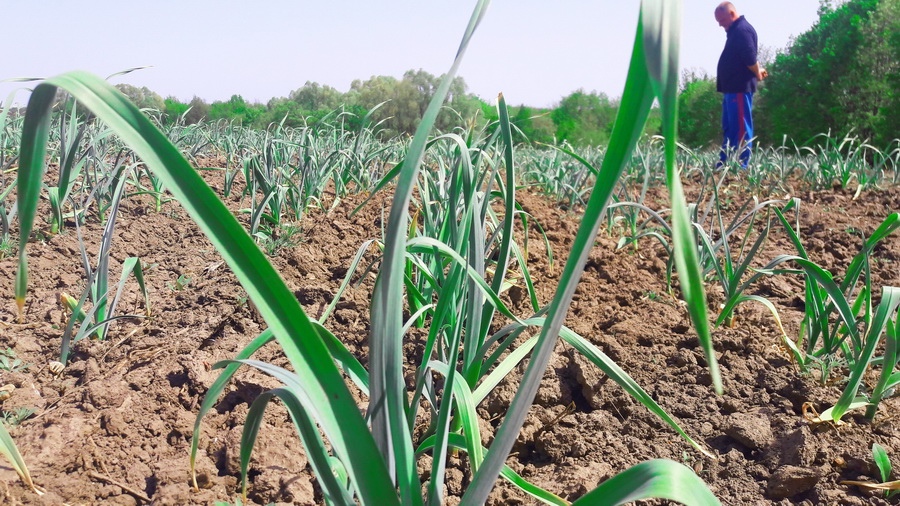 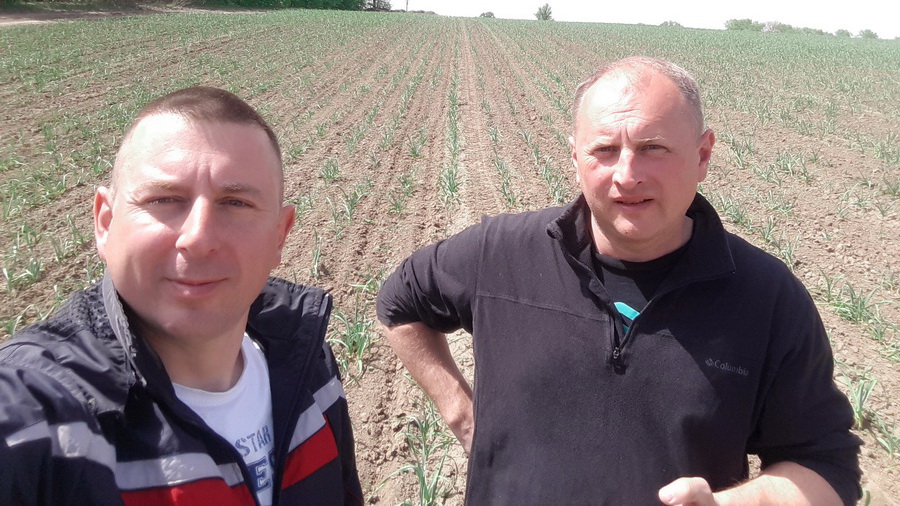 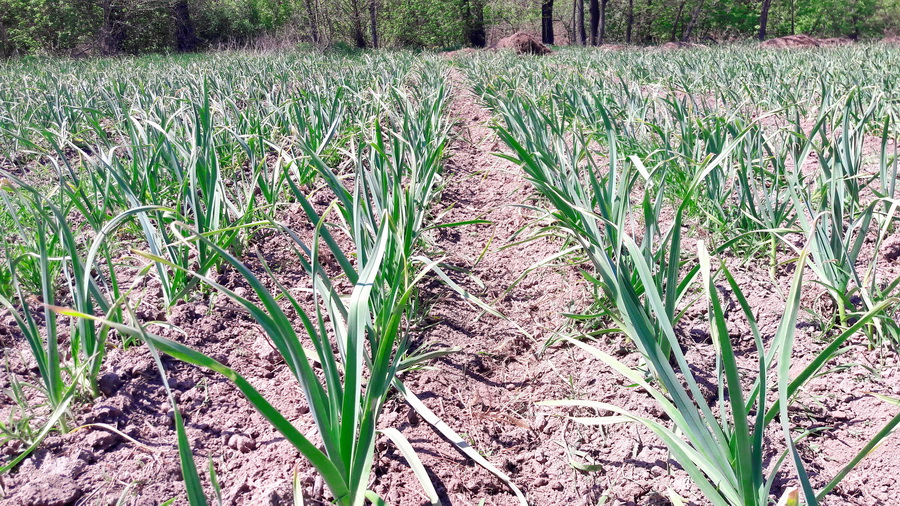 The beginning of April saw us record temperatures of +24C. The third of April blossomed apricots.

Garlic fields are processed between the rows the cultivator. Remove a substantial part of the weed. Breakable crust that formed over the winter on the ground.

We set up insect traps on the field to check which insects live near our field and whether there are any pests of garlic among them.

The second half of April was also amazing. In most of Ukraine snow fell (up to 15 cm). On our fields there was no snow (although they are in the northern part of Ukraine). The air temperature dropped to 0 C. Garlic, of course, paused in growth.

The last week of April significantly warmed. We conducted another cultivation and without herbicides we keep a relatively weedy field.

They also supplemented with micronutrients and garlic began to look much better.

Also in April we visited “Field Day” with our colleagues and partners . 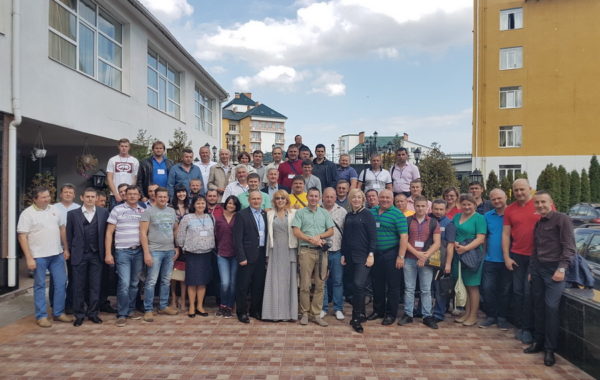 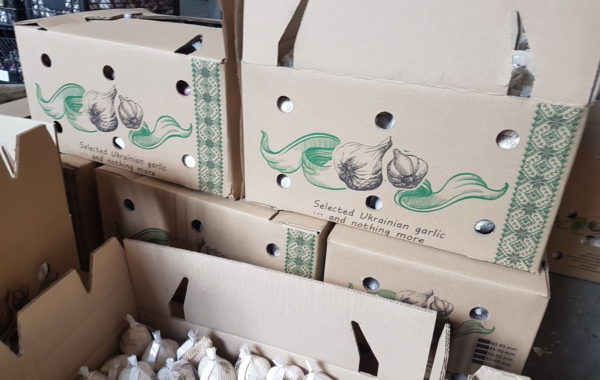 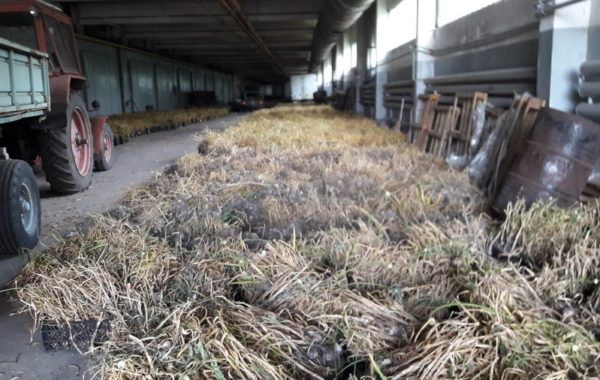 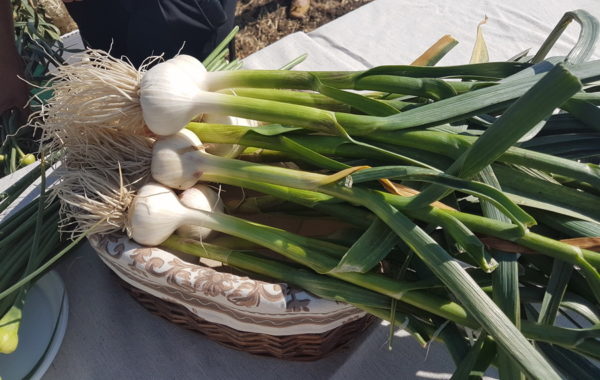 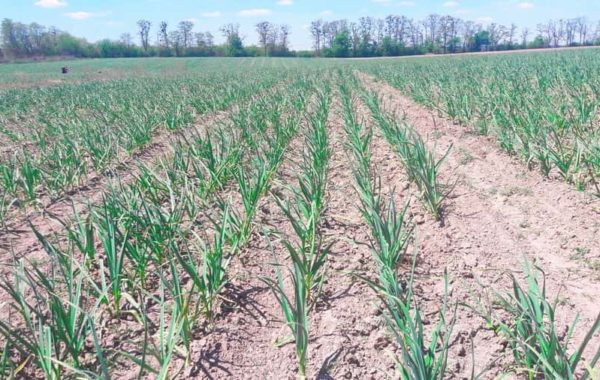 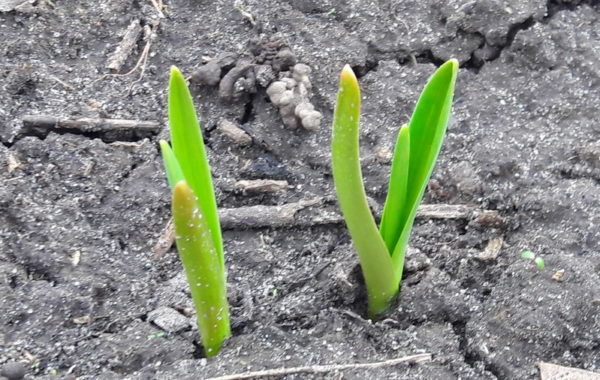 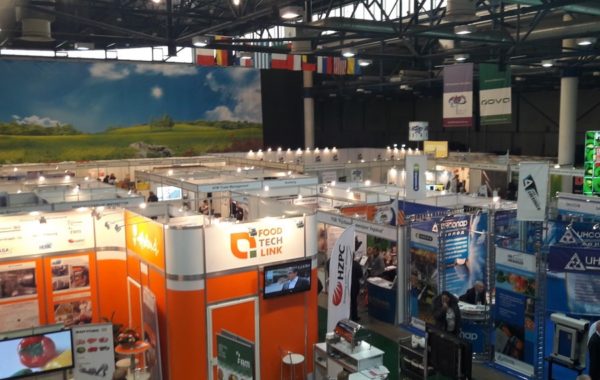 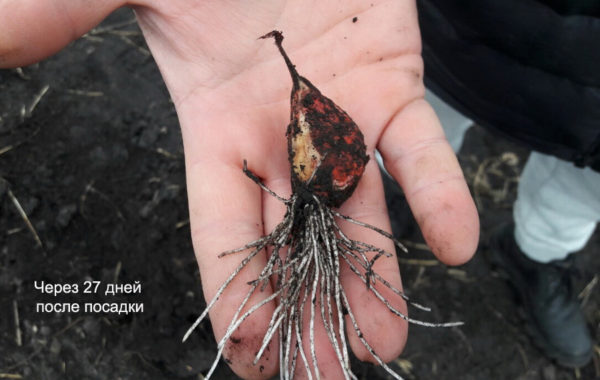 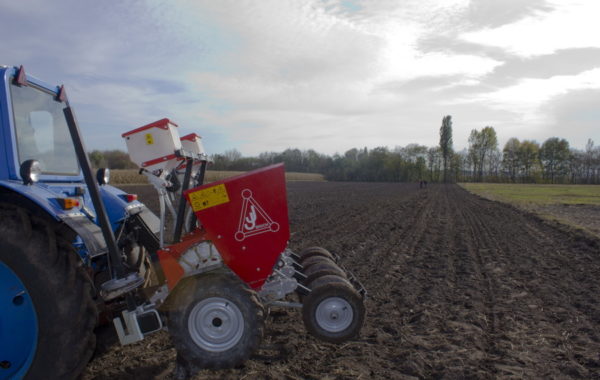