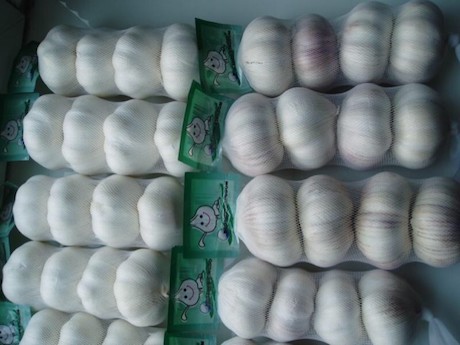 Bucharest (ADZ) – the consumption of garlic in Romania is mainly covered by imports. Last year, 5,300 tons of garlic imported for a total amount of 14.5 million euros. The main suppliers are the Netherlands, Hungary and the Czech Republic. Half of the imported garlic came from Netherlands .

Garlic producers from such regions as the counties of Botosani (commune Copălău), Olt (commune Fălcoiu), Timis (commune Cenad), Buzau (commune Râmnicelu) cannot compete with cheaper foreign garlic. In the Botosani County, for example, the sown area for the last 5 years has decreased from 300 to 5 hectares. Along the Romanian western border, garlic is mainly imported from neighboring Hungary.

The main reason for the sharp decline in domestic production is the lack of sales, the Bucharest newspaper “Ziarul Financiar” reports. According to the farmer from the Romanian city Mureş, he is forced to sell his garlic either on the farm market or through Internet sites such as OLX. Prices are 12 Romanian lei ($3.09) per kilogram. Large retail chains will resort to imported garlic, and the local garlic will be on the shelves of a small shopping.

One of the problems is the absence of seeds of local origin, mainly used seeds of Dutch and even Chinese origin. National Romanian varieties have almost completely disappeared.