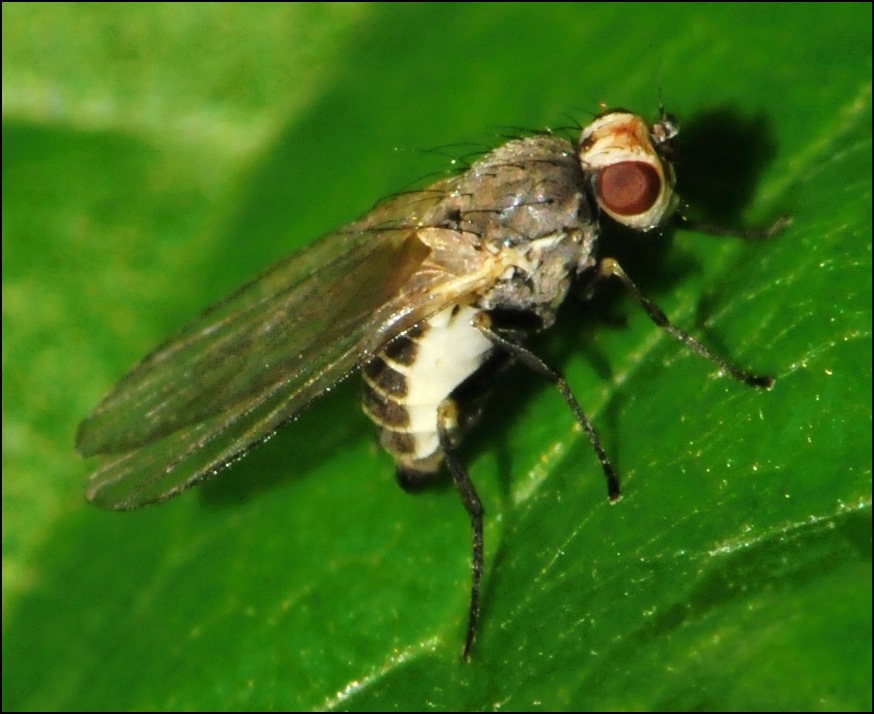 The Onion leafminer it is a small fly, a pest of garlic and onions. Vital bows Minera produces as reducing the yield and reduce the presentation garlic. Read the description and methods of struggle.

What is striking plants

The onion leafminer it is a small fly. The adult insect (imago) 1.2 and 2.5 mm in length, usually yellow or dark gray or black.

Larvae – length of about 6 mm, legless and without the main capsule, whitish or yellow color.

Onion miner was first recorded and described in 1858 in Poland. At that time he was not considered a pest that can cause economically significant damage.

First noticeable damage inflicted onion miner in Hungary in 1988. After that it was more thoroughly investigated and determined that the pest is able to parasitize 100% crops.

Studies conducted in Serbia showed that almost all the plants in a particular region were shocked snappers onion with density of about 20 pupae per plant. As a result, the entire crop was infected.

Even with lower populations, the presence of mines (tunnels) on young plants can lower the quality and presentation of products.

In Croatia the onion leafminer considered the most dangerous pest Diptera onions and garlic. However, since 2004, this was considered a pest of onion miner.

Now the onion leafminer in Europe, reaching the UK and in Asia – Turkey and Turkmenistan.

Damage from the onion leafminer

Onion v infects plants of the family Onion (Allium). Most often it affects leeks. Infection is also observed in crops of garlic.

Adult females make multiple punctures in the tissue of leaves and lay eggs. These punctures can be the first sign of damage – on top of the leaf clearly visible speckled spots located in the line.

Then the larvae, forming a kind of tunnel in the middle of writing, moving toward bulbs.

And punctures and “tunnel” is the point through which the plant fall bacterial and fungal pathogens.

Most damage from onion leafminer observed in regions with warmer climates or in greenhouses.

The onion leafminer – symptoms of affection

Lifecycle of the onion leafminer

The onion leafminer may appear on planting onions or garlic in the first or second week of May.

Each female can delay the onion leafminer several hundred eggs per season about 40 per day.

The larvae hatch in 2-4 days and are three active phases which generally lasts from a few days to 3 weeks.

For the formation of the doll out of the larva tunnels and leaves falling to the ground. It buries itself a few centimeters deep into the soil and forms pupariyi

Inside it comes to the actual larva formation Pupa During this period lasts about 1-2 weeks.

Males live only a few days, females – up to three weeks.

Under favorable conditions the onion leafminer can complete its entire life cycle for several days.

During the growing season develops 2-3 generations. Winters pupariyi pupa in the soil.

Insecticides against the onion leafminer:

The information was prepared by  – Andrew Marchenko