The price of garlic in China. The reasons for the fall in 2017 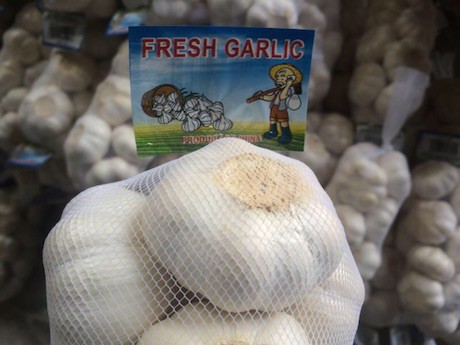 Garlic went through two price spikes in 2010 and 2016. The price has constantly increased in these years and at the highest point was 18 yuan (2.33 euros) per kilogram.

* The price of garlic in China is indicated by the garlic market in the Chinese garlic capital – Jining сity, Shandong province. Garlic from this region is an indicator of the price of the transaction in China, and also affects international prices.

In April and May 2017 the price increased to 21 yuan per kilogram (2.70 euros). It was the highest price for almost 5 years, but it did not last long. Since then, the price of Chinese garlic, which accounts for almost 80% of the world market, continues to fall. 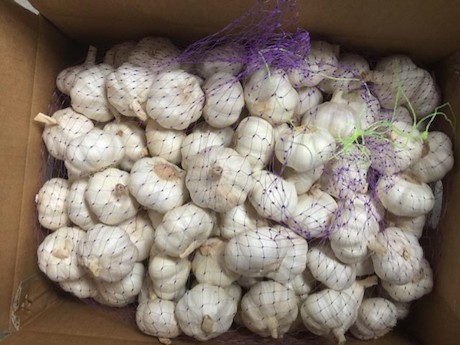 The main reason for fluctuating prices for garlic is mainly due to strong fluctuations in production in the most important areas of cultivation.

According to statistics from the local Chinese Department of Agriculture, the winter of 2015 was the coldest in the last 40 years. This led to a serious reduction in the harvest of garlic in 2016 and a sharp increase in the price of garlic.

As history shows, after a sharp rise in prices there is always a sharp drop in prices. After rising oil prices in 2016, manufacturers throughout China, and especially in areas adjacent to the main growing areas, significantly increased the area of ​​garlic crops. In addition, the spring was quite warm this year, with a lot of rain, which was very favorable for the growth of garlic. As a result, the total garlic crop in the four main growing areas exceeded 6.3 million tons, that is 30% more than in 2016.

Other reasons for fluctuating prices for garlic in China

According to many industry representatives, garlic because of its physiological characteristics is not easy to store. Incorrect storage will lead to sprouting and spoilage of the product. The cost of cold storage is high enough, so garlic stocks begin to be sold in large quantities in order to minimize losses.

This year, the total stock of garlic in the warehouse is 3.1 million tons, which is 60% more than last year. Such a surplus ensured a decrease in the price of garlic in China from storage facilities, but the demand for it did not increase significantly and continues to be limited.

An important reason for price fluctuations is also an increase in the requirements for environmental protection and processing technologies (screening, disinfection, cleaning, slicing) and garlic processing. In order to keep pace with the times, manufacturing enterprises must modernize and strengthen processing technologies, support innovation, develop their own technical staff or cooperate with research institutes to further accelerate the transformation of research achievements and form a circular development model that can not remain in rudimentary condition.

The total increase in supply. Imbalance between supply and demand

The high profitability of previous years has ensured the involvement of more companies in the garlic production sector. High prices for garlic in China last year also attracted a large number of farmers. As a result, the enthusiastic farmers from the main production areas increased the area of ​​cultivation of garlic. After planting, the weather conditions were favorable for the growth of garlic, which led to an increase in the yield.

Chinese garlic is exported to almost 200 countries and regions, such as the USA, Russia, France, Japan, Korea. Annual exports of garlic from China accounted for more than 35% of total garlic production worldwide. This makes China an important factor in demand for garlic.

However, in recent months, the export of garlic products has been limited. The relevant data show that from January to September this year, the total volume of garlic exports amounted to 1 256 800 tons, which is 8% more (the volume of exports usually increases in November, due to the demand for Christmas) than in 1 168 200 tons for the same period of 2016. That is, exports are growing much slower than production, and this is also a factor in reducing the price of garlic.

The global economic downturn and other factors also adversely affected the export of garlic.