The price of Spanish garlic is below its cost of production 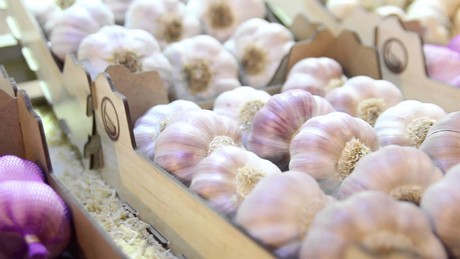 Despite a good production of Spanish garlic in past years, this season started unsuccessfully.

“We need seasons with reasonable prices. However, this season things are a little harder due to the increased production of garlic in China. Despite the fact that the Spanish garlic dominates in quality, China dominates the market in volume. Therefore, China has a huge impact on prices that have been falling since the beginning of the season,” says Juan Carlos Navarro, Director of the Spanish garlic company Big garlic. “The price of garlic in Spain at the beginning of the season were not sufficient even to cover production costs. We expect that this situation will change after the summer.”

According to the exporter, there is no clear connection between supply and demand in the Chinese market, as the product in recent years has been in the hands of speculators. “The market is losing its openness and is no longer determined by supply and demand.”

Big garlic annually sells to the market about 10 million kilograms of garlic, both from its own production and from the producers under contract. The company grows all varieties of garlic of Spanish origin, including white garlic, Castaño, purple van Las Pedroñeras, as well as white and purple Spring garlic. In addition, at the request of its customers, the company imports garlic from other areas of origin in the off-season. 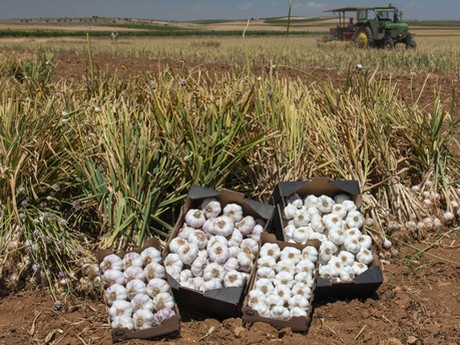 “Spanish garlic exports have grown significantly over the past decade – increased from 35% to more than 85%,” continues Navarro. Most of the garlic produced by Manchegan is destined for export to Europe, North and South America, Africa and Australia. And also it is delivered to wholesalers for the enterprises of retail trade.

“The popularity of Spanish garlic is growing abroad. The image of the product improves, which is related to the quality of garlic varieties, the guarantee of product safety, stable supplies and services (in comparison with other countries of origin, such as China). There are even countries that are going to buy less garlic from China and import large volumes from Spain, despite the higher prices of the Spanish product. I think the potential of Spanish garlic in these markets should be considered further. Because, despite purchases based on price, there are always customers who are looking for a product that stands out for quality. ” 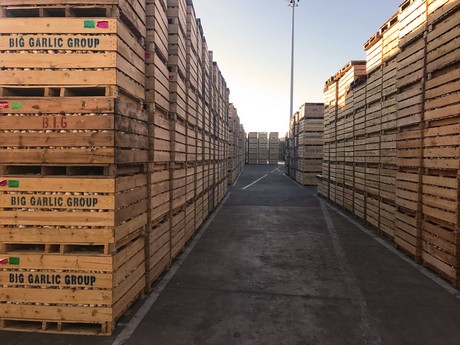 According to the exporter, the consumption of garlic increases globally, due to the versatility of the product and the beneficial properties of allicin (the active ingredient of garlic, which has a beneficial effect on diabetes and is also considered a natural antibiotic). Scientific studies have shown that Spanish garlic is richer in the availability of allicin than other varieties on the market. Which, of course, contributed to the growth of its popularity.

“This garlic has a long shelf life, but its yield per hectare is much lower than in other varieties. That’s why we are constantly working to improve our garlic seeds,” says Navarro.

As for the importance of brands in the garlic sector, Navarro believes that for each brand, the quality and safety of products, reputation and social responsibility should be in the first place. As more and more customers attach great importance to these aspects.