HomeGarlic in the USA USA. Difficulties of local garlic producers 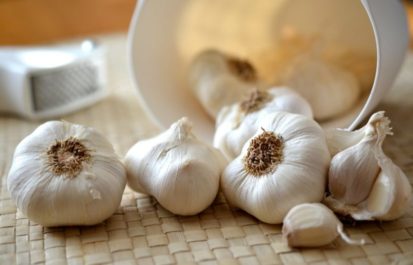 President Trump’s promises of tougher enforcement of U.S. trade laws has triggered the filing of an unprecedented wave of new antidumping (AD) and countervailing duty (CVD) petitions in the past few months. The U.S. already has many 397 AD and CVD orders in place, going back as far as 1977.  These orders cover 157 different products imported from 43 different countries. Most of these AD/CVD orders (by far) are on Chinese products, ranging from aluminum extrusions to xanthan gum. But just how effective are these AD/CVD orders? To what extent do these AD/CVD orders help certain domestic United States industries, but also harm other domestic industries? What kind of unintended consequences result from these cases?

To answer these questions, consider one of the old anti-dumping duties on fresh garlic from China (subject to the AP since 1994).  One reason why this order has lasted so long is because the domestic U.S. garlic industry has been able to show it would be vulnerable to material injury if the AD order on Chinese garlic were revoked.

This disproportionality has allowed U.S. garlic producers to successfully claim they would be obliterated by a flood of cheap Chinese garlic were the AD order ever to be removed.

The vast majority of U.S.garlic is grown in Central California, but  but growing garlic there is getting tougher because of a tightening supply of land, labor, and water there. California garlic acreage planted is down significantly from 2000, and recent US garlic crops have been affected by white rot.

Harvesting and packaging fresh garlic requires manual labor which has been hard to find, and likely will get even harder under Trump’s anti-immigration policies. California garlic growers face fewer available workers and increasing labor costs, as fewer people want to work on farms.  And as strip malls and suburbs creep towards farmland, property values are rising, making it even harder to find affordable housing for farmworkers. Garlic has also suffered from drought conditions in Central California for five years running and competition for scarce water resources has jacked up water costs for garlic growers.

In the United States annually consumes about 260 000 tons of fresh garlic. In the deduction part of the production for the production of dry garlic and seeds for the next harvest garlic, producers can meet only about 30-40% of the annual U.S. demand for fresh garlic.

The U.S. consumes about 260,000 tons of fresh garlic annually. After taking out the U.S. garlic used to make dehydrated garlic or as seed bulbs for the next garlic crop, U.S. garlic producers can now satisfy only about 30-40% of U.S. annual demand for fresh garlic.

In the first few years after the AD order, Chinese garlic imports were completely shut out and U.S. garlic prices initially stabilized and then steadily increased. But by the mid 2000s, the US market price for garlic had risen so high that Chinese garlic could show they were selling at non-dumped prices even after absorbing initial AD duty deposits at 376%.

Between 2002 and 2007, the Department of Commerce (DOC) calculated zero or very low dumping margins for about a dozen Chinese garlic exporters. Not surprisingly, the volume of Chinese garlic imports into the United States increased, hitting about 72,000 tons in 2007. Since 2008, however, no Chinese garlic exporters have gotten any low AD margins calculated by DOC. More importantly, DOC has steadily knocked out Chinese companies that previously had low dumping margins, either by calculating higher updated margins in these later reviews or by applying the PRC-wide rate of 376% (or $4.71 /kg) because the responses from the Chinese garlic companies were deemed inadequate.

Out of all those Chinese companies that previously received a zero or very low AD margin, only one company, Zhengzhou Harmoni Spice (and their US affiliate, Harmoni International Spice), has been able to maintain an exemption from AD duties. This is because Harmoni worked out a deal with the California garlic growers (Petitioners) whereby Harmoni agreed to supply Chinese garlic to the Petitioners in exchange for the Petitioners agreeing not to request the DOC conduct another administrative review for Harmoni, which could result in Harmoni losing its zero dumping margin.  Some disapprove of such arrangements as an inappropriate gaming of the system that allows the domestic industry to manipulate the trade laws to its own benefit. But others view these as reasonable settlements that allow both sides to benefit in some way from the DOC not conducting a review.

The AD duties imposed on garilc increase costs that ultimately are borne by the consumer. But when fresh garlic costs are such a tiny part of your fettuccine alfredo, consumers are willing to absorb or are blissfully ignorant of those extra AD duties that inflate the price of garlic and the garlic wars are mostly being fought outside the public eye.

Nevertheless, a cozy arrangement between Harmoni and wholesale buyers could collapse if it were not for the final decision of the US Department of Commerce on an administrative check.

Meanwhile, the other Chinese garlic companies, unhappy at being excluded from Harmoni’s arrangement with Petitioners, found a couple of New Mexico garlic growers to serve as “domestic producers” who last year filed requests that DOC conduct a review of Harmoni. Petitioners and Harmoni immediately pointed out that these New Mexico garlic farmers did not have standing to file the review request because they were not really domestic producers like the large scale commercial garlic farms run by Petitioners that account for about 80% of US garlic production. DOC disagreed and has accepted the New Mexico growers’ review requests and initiated a review for Harmoni. In December 2009, DOC issued a preliminary determination noting that Harmoni had not responded to the Department’s questionnaires and would receive the PRC-wide rate.

Harmoni and Petitioners, however, are still arguing that the review for Harmoni should still be terminated because the review request filed by the New Mexico growers was fraudulent and cannot be a valid basis for a DOC review. DOC has received numerous filings with sordid details of how the Chinese garlic growers and their US attorney planned to use the New Mexico growers just to undermine Harmoni’s arrangement with Petitioners. Late in this review proceeding, one of the two New Mexico garlic growers withdrew his support of the original Harmoni review request once it realized it was just being used as a pawn by the Chinese garlic growers. Harmoni has also filed a federal racketeering action that is still pending against the Chinese garlic companies and their US attorney for conspiring to defraud the U.S. government by filing false documents with DOC.

But still, last week, the DOC issued its final determination for this garlic review, and concluded that the review request filed by the New Mexico garlic growers was notlegitimate and therefore its review for Harmoni and its 375% dumping rate would be rescinded. As a result, Harmoni is able to maintain its zero dumping rate and continue supplying California garlic growers with Chinese garlic.

It is likely that there will be other attempts to break down the antidumping barriers that block most Chinese garlic from the U.S. market and keep U.S. garlic prices the highest in the world. Perhaps garlic growers in Minnesota or some other state will file another review request targeting Harmoni.